Chelsea bounced back from a shock defeat to Crystal Palace with a 2-1 victory over Manchester City to get their challenge for the Premier League title back on track recently. With their seven-point cushionÃ‚Â now back underneath them, Chelsea now have their future in their own hands, knowing this title race is definitely theirs to lose. While Tottenham, in second place, will be hoping to push the Blues all the way, many have already awarded Antonio Conte’s men the champions-elect label.

While there will be little doubt the Italian and his team will be fully focused on the rest of this season, the decision-makers at Stamford Bridge are believed to be busy planning for next year. A number of world class players have been linked with Chelsea in recent weeks, and the club’s Premier League rivals will be rightly concerned as to just how much stronger Conte’sÃ‚Â side are going to be next season.Ã‚Â

Here are three ambitious but achievable transfer targets Chelsea are expected to be aiming to land this summer.Ã‚Â

Romelu Lukaku:Ã‚Â Three years after leaving Stamford Bridge, LukakuÃ‚Â is on the verge of making a return to the club he first signed for as an 18-year old. Having made it clear to Everton that he won’t be signing a new contract in the summer, the prolific forward has been linked with a Ã‚Â£70 million move back to West London. Despite never making it at Chelsea during his three-year stay, where he spent two seasons out on loan, Lukaku has proven himself to be one of European football’s best strikers, scoring 64 league goals in just 134 appearances. Currently top of the Premier League goalscoring charts, LukakuÃ‚Â has betting odds of 11/10 to end the campaign as the division’s top goalscorer. Ã‚Â 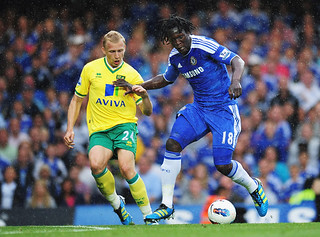 Dele Alli:Ã‚Â Playing League One football just two years ago, AlliÃ‚Â has enjoyed a remarkable rise to the top of English football since signing for Spurs from the MK Dons. Having made a seamless transition into the Premier League, it wasn’t long before international recognition came Alli’s way. Now a key part of both Tottenham and England’s midfield, the 20-year-old appears to be the latest Spurs player destined to test the club’s resolve when Europe’s biggest names come calling. While Real Madrid have been linked with the youngster, Chelsea are expected to make a very serious move for AlliÃ‚Â at the end of this season, and Spurs could well have a battle on their hands to keep their star man.Ã‚Â 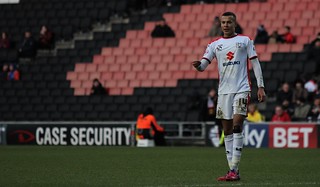 Alexis Sanchez:Ã‚Â With just over a year left on his contract but having insisted he isn’t looking to leave London, there has been a growing amount of talk regarding a potential shock deal for Sanchez to move to Chelsea in the summer. Playing in a team that have again failed to last the pace both domestically and in Europe, the Chilean star has looked an increasingly desolate figure during the second half of the season. While the Gunners will be desperate to tie down Sanchez to a new deal, they will be dreading the possibility of having to explain to their fans why they have sold the club’s best player to one of their biggest rivals.Ã‚Â

Next Story → Transfer Profiles: Champions do best business out of A-League top four