Home / Uncategorized / Aussie Soccer is on the Up

Aussie Soccer is on the Up

Melbourne Victory may not have topped the table in the International Champions Cup, but some strong performances against the likes of Atletico Madrid have shown that Aussie soccer is on the up.

Heading into the tournament, the state of the game in Australia was the topic of much discussion among fans, commentators and players but the overriding reaction was largely positive. In fact, after witnessing the passionate fans and impressive performances, Juventus midfielder Miralem Pjanic praised the development of the game.

“Australian soccer is progressing and improving every year, we know itÃ¢â‚¬â„¢s not the favourite sport here, but nevertheless itÃ¢â‚¬â„¢s growing,” said the Bosnian pro.

This positive review was quickly buoyed by a stunning performance by Melbourne Victory in the final game of the International Champions Cup. Despite the Aussie side lining up against last season’s Champions League runners-up, Nick Ansell shocked the crowd with a powerful header in the 44th minute.

Although against the run of play, Melbourne’s solitary goal was enough to clinch the game and a memorable victory for Kevin Muscat’s players. 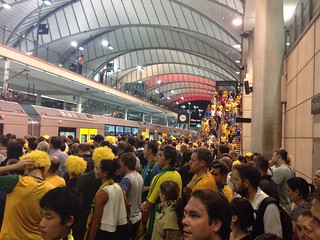 Of course, a few compliments and a pre-season win over a European side aren’t enough to cause a soccer revolution across Australia, but they are certainly signs that the sport is gaining some traction. In fact, when you look around the industry, a number of markers suggest that Australia is now becoming a soccer nation.

According to Topend Sports, soccer currently ranks as the seventh most searched for sport among Australians while it doesn’t even make it into the top ten list for the most participants. While this would suggest a certain amount of apathy towards the sport, a report by Football Federation Australia has found that participation rates have increased by 7% over the last two years.

Owing to the success of the national side in the Asian Cup and the World Cup, more Aussies are now playing soccer and that’s leading to growth across the industry. Indeed, as well as fans tuning in to watch the game, punters are now looking to soccer as a legitimate betting activity.

The Growth of an Industry 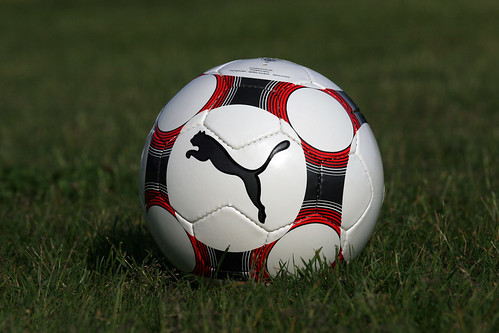 While betting on horses, cricket and AFL have always been popular, soccer hasn’t captured the imagination of the masses in the same way. In contrast to European betting markets where soccer betting is hugely popular, Aussies aren’t as enthused about speculating on the Hyundai A-League.

However, as the popularity of the sport grows, soccer betting platforms offering news, results and expert insights should all start to welcome more visitors. Indeed, inside bet365’s soccer betting portal, the casual punters can not only get daily insights into the Premier League and Champions League, but all the latest updates from Australia’s top teams.

While soccer might not ever become the leading sport in Australia, there is certainly evidence to suggest that its popularity is on the up. Thanks to improved performances on the pitch, greater access to information and betting options and more people playing the game, soccer is enjoying a revival across the country and that’s great news for Aussie sport as a whole.